Since 2004, Sonie Lasker has been bringing Florida State Championship titles to her home in Sarasota. In 2008 she won five 2008 NASKA (North American Sport Karate Association) National titles. Following this achievement, Sonie was recruited by the US Martial Arts Team and was nominated for the role of Team Captain.

Sonie competed in the 2009 World Martial Arts Games in Sydney, Australia and broke a medal record with six individual gold medal wins for the US Team. She also won the World NASKA Sparring Title for 2009 and was inducted into the Hall of Fame as Competitor of the Year.

At the 2010 Vegas Games in the USA, Sonie Lasker broke her own world record with eight individual gold medals and one silver medal. That same year, Sonie competed with Team USA at the WKA WorldChampionships in Edinborough, Scotland in Kickboxing and earned a bronze medal.

Sonie’s passion for science and her study in anatomy, kinesiology and neurobiology led her to develop Fusion Fitness iFit, a harmonious fitness training system that uses intrinsic geometry, physics and biomechanics along with martial arts principles to create muscular overload without damaging the skeletal system.  While working as a personal trainer, Sonie received numerous awards for her work in the field including her designation as Trainer of The Year for 2006.

Active in her community, Sonie supports many charitable organizations by donating time, funds, and services. 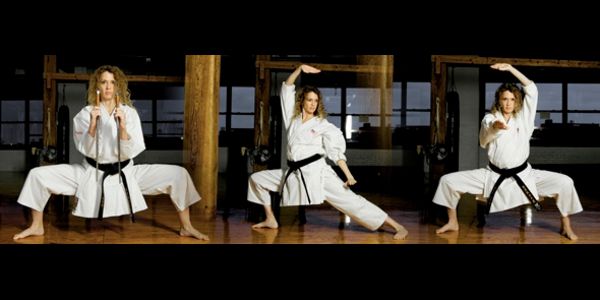